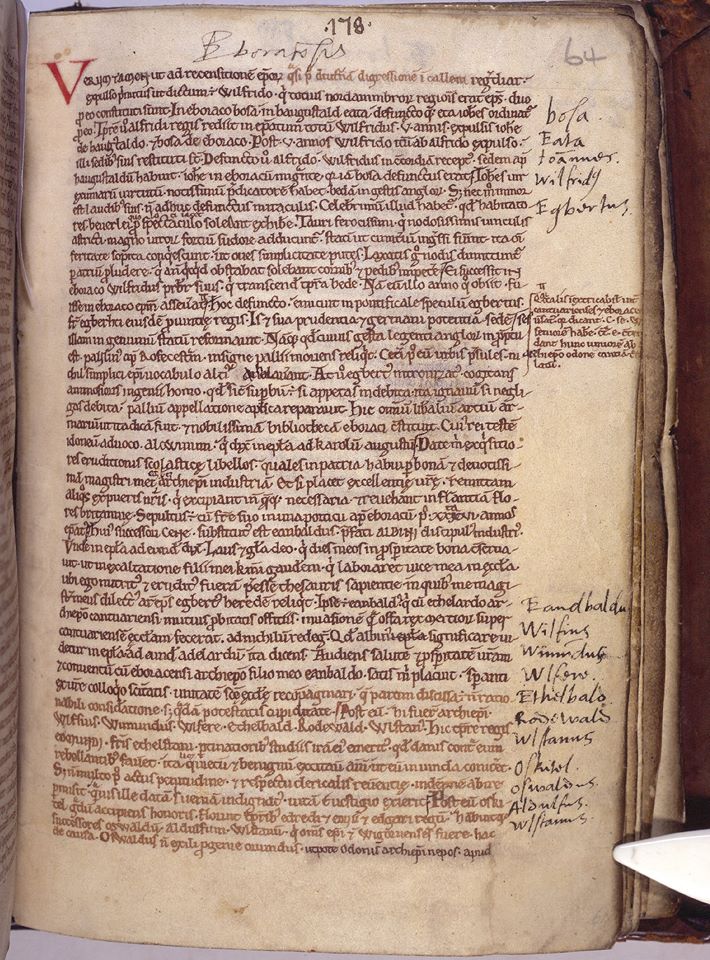 On this episode, we take one more step backwards in history from last time and look at some scandalous behavior from King Edgar the Peaceful as described by William of Malmesbury.

Image: Manuscript leaf of William of Malmebury’s traveling copy of his Gesta Pontificum Anglorum in his own hand. (Oxford Magdalen MS lat. 172.)