MDT Ep. 75: Concerning More Challenges to the Throne of Man

This episode we encounter another saintly curse, this time at the hands of St. Maughold, the patron saint of the Isle of Man, and on our way to that miracle story, we catch up on the trials and tribulations of the Manx dynasty of Godred Crovan since we last saw them in Ep. 44. As a bonus, we’ll also hear the origin story of St. Maughold, a.k.a. MacCuil the bandit, a.k.a., Cyclops, as recorded in Muirchu’s Life of St. Patrick.

MDT Ep. 44: Concerning Turnover of the Kings of Man 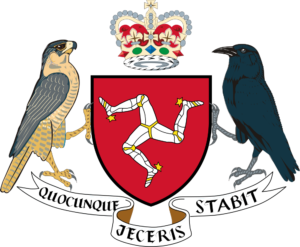 This episode we crack open the Chronicle of Man and the Sudreys to look at the Isle of Man and the rise of the royal house of King Orry, Godred Crovan, and King Magnus Barefoot of Norway is warned in a dream to leave Norway and never return.
Today’s Text:
References:

Image: Coat of Arms of the Isle of Man (via Wikimedia Commons)