This time on Medieval Death Trip, we celebrate Black Friday weekend with some black magic in our belated Halloween anniversary episode. We look at a couple of quite different medieval witches, a Cornish wildwoman from the Life of St. Samson and the famous Witch of Berkeley, as well as a report of a night-hag from the 18th century.

Image: Images generated by the DALL-E2 AI from the prompts “medieval painting of a hairy witch with a trident scaring a monk in a forest” and “medieval illustration of a witch covered in hair holding a trident and scaring two monks in a gloomy forest.”

You can listen to our MDT Christmas playlist over on Spotify for some medieval-ish carols and tunes to get you in the mood for the season!

This Christmas Eve episode, we return to the Gesta Regum Anglorum of William of Malmesbury, to learn hear some legends of Saxony, including some overly boisterous Christmas revelers cursed to continue their revels for a whole year without rest.

MDT Ep. 78: Concerning the Character of William Rufus and Some Scandalous Shoes

This episode, we explore a character analysis of an unpopular leader, as William of Malmesbury explains how the virtues of William Rufus transformed into his greatest vices. Along the way, we also learn why pointy shoes are indicators of moral degradation.

MDT Ep. 66: Concerning a Man Consumed by Mice and Other Plagues

We kick our 2019 with a return to narrative history, hearing about a terrible way to die and how not to profit off the deaths of others during a plague from William of Malmesbury’s Gesta Regum Anglorum, and we also look all the way back to the first book of Samuel to learn how to rid oneself of some particularly uncomfortable plagues from God. We also discover how Raiders of the Lost Ark should have ended.

Image: Detail of an illustration of the plague of mice afflicting the Philistines (1 Samuel 5) from Morgan Library MS M.638 fol. 21v (13th cent.) 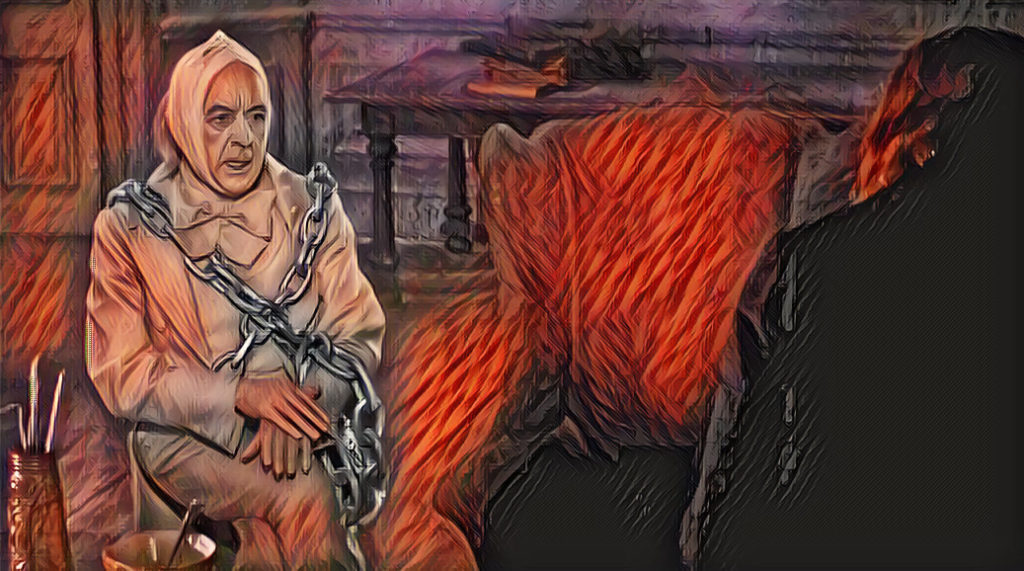 This Christmas Eve episode, we take a look a medieval forebear of the Ghost of Jacob Marley, as well as a role-model from ancient Rome.

This episode as school breaks for the holidays, we look at one account of the life of translator, philosopher, and part-time court comedian John Scotus Eriugena, who allegedly met a rather bad end at the hands of disgruntled students.

Image: 17th-century etching of the martyrdom of St. Cassian of Imola by Jan Luyken (Wikipedia). 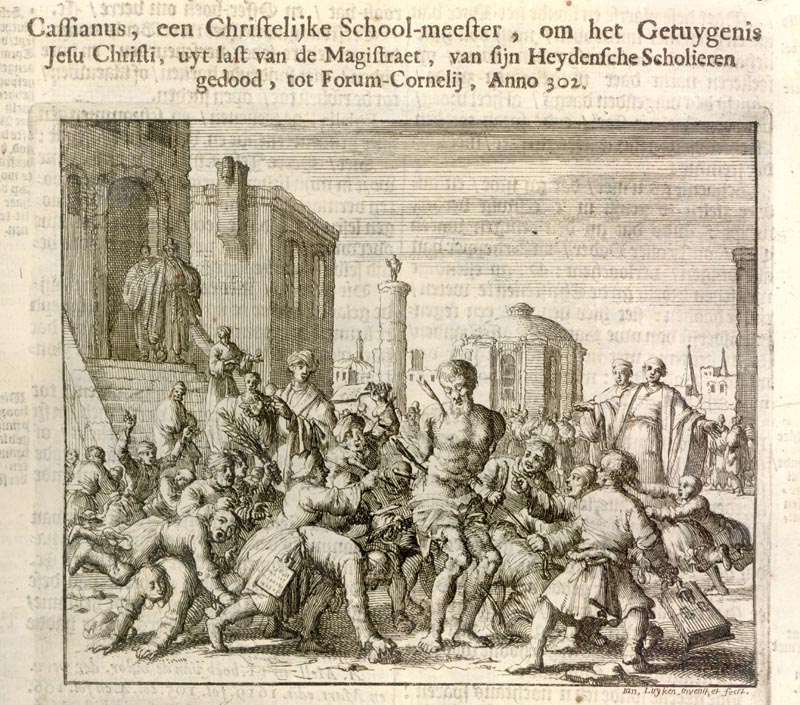