MDT Ep. 62: Concerning the Design of the Chessboard 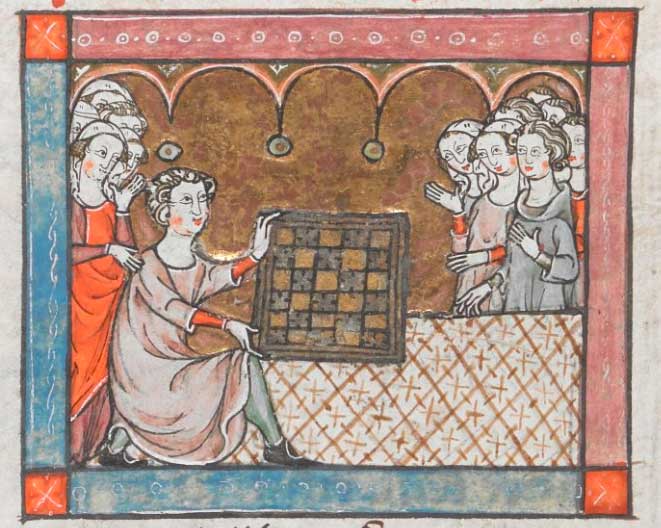 In this second installment of our holiday series of excerpts from William Caxton’s The Game and Playe of the Chesse, we hear about the layout of the chessboard and what it represents. We also look at some of the games that chess replaced in Europe, including the Roman ludus latrunculorum, the Celtic fidchell or gwyddbwyell, and the Norse tafl or hnefatafl. And finally, we consider different ways in which the board of a board game might be constituted.