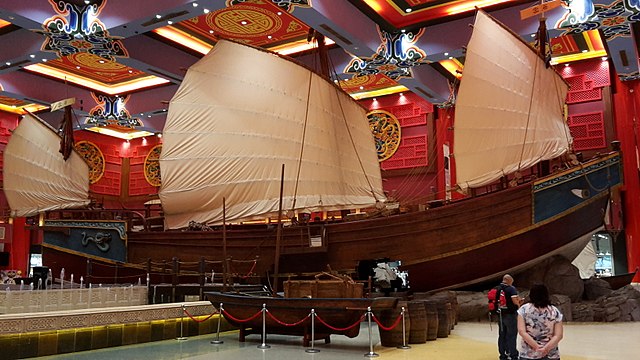 In our third travelers episode, we catch up with the explorer and diplomat Ibn Battuta, as he narrowly avoids disaster in Southern India, though his entourage is not so lucky. We also get some of the first written descriptions of the people of the Maldives, and discuss the status of slaves in Ibn Battuta’s traveling household.

Image: A replica of a Chinese Junk on display in the Ibn Battuta Mall, Dubai. Photo by Nimravic, Wikimedia Commons.

Note: Patrons can access a special appendix to this episode featuring a letter by Samuel Lee narrating how he taught himself a whole range of ancient languages while working as a carpenter. You can become a patron at http://www.patreon.com/mdtpodcast.